A brief consideration over the book ‘Het Graf en 13 andere verhalen’ in the dutch newspaper NRC.

On December 8, 2016, several Slovak authors will come to Brussels for a panel discussion with Annelies Verbeke and Abram Muller.

When you first meet Abram Muller, it’s easy to see him as a character plucked directly from a charmingly picaresque novel. He never ceases to entertain you, teasingly provoke you, surprise and amaze you. As we will find out later ‘amazement’ is a key word in understanding Abram Muller.

Book presentations of Rudolf Sloboda’s Rozum (the Sense) that was published in Dutch translation on 13 March 2015:

In March 2015 the Dutch translation of the master work of Slovak literature – the novel Rozum (the Sense) by one of the greatest Slovak authors Rudolf Sloboda, was published in the Netherlands. The book is available in every good bookshop or online at – www.uitgeverijdouane.nl 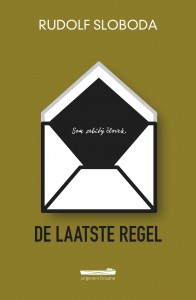 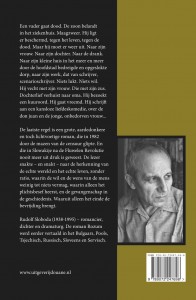 Slovak literature in the Netherlands and Belgium is quite unknown due to very few translations in Dutch. The other way around, thanks to the commitment and enthusiasm of two distinctive translators – Júlia Májeková (1919-1991) and Adam Bžoch (1966) – several books of great Dutch and Flemish authors were translated in the past few decades into Slovak, such as Multatuli, Couperus, Claus, Reve, Brouwers, Elsschot, Slauerhoff, Nescio, Anne Frank, et cetera.

Few in the Netherlands and Belgium knew that there existed Slovaks during Czechoslovakia; few knew that for example Alexander Dubček (1921-1992) was Slovak. The inhabitants were mostly called Czechs or more favorable Czechoslovaks. The reputation of Slovakia has changed little since the country became independent. The country is now often confused with Slovenia, which although smaller, is better known as vacationers from the Benelux to Croatia traverse this country.

Good Czech literature has long been available in the Netherlands, from authors such as Hrabal, Havel, Kundera, Vaculík, Škvorecký, Hašek, Klíma, Topol et cetera. The few Slovak works that have been translated into Dutch, were mostly translated from a German translation, sometimes from an English one. The first to appear was in 1945, when the well-known Dutch author J. van Oudshoorn (1876-1951) translated the classic and marvelous Slovak novel Jozef Mak by Jozef Cíger-Hronský (1896-1960) from a German translation. The complete list of translated Slovak works is found below; some works may be disputed as being Slovak, as one author was partly Czech and another became American citizen.

Of the literary translations, it is striking that there are no less than four books translated of Ladislav Mňačko (1919-1994), all in the 60s of the past century and all translated by different translators. In these times in Western Europe there was still a strong left-wing movement, mostly among intellectuals, looking towards leftist regimes as an example for a better life. At the same time among the general population there was a broad trend against communism and all its derivations, due to the cruel suppression in 1956 of the uprising in Hungary by the Soviet Union and due to the surfacing in the media of the atrocities committed by Stalin and Mao. Mňačko fits perfectly in this time, as the fallen communist who is conscious of his past and the mistakes he made. The tragic developments in Czechoslovakia in August 1968 added to his popularity in the Netherlands and Belgium.

Other translations are from children books, for example Slovak fairy tales in a series of books with fairy tales from different countries around the world. There is little known of how Slovak books in Dutch translation were received by the critics. Some of their publishing houses were certainly not small ones, but most of them have now disappeared. Nowadays one will not find any of these books in bookstores, though they are amply available secondhand through internet.

In 2013 the first Slovak literary novel was translated and published from Slovak into Dutch, the short novel V mene otca (In de naam van de vader) by the author Balla (1967), published by Uitgeverij Douane, a small literary publishing house with mainly modern Slavic literature. The translation was made possible thanks to the financial support from The Centre of Information on Literature (LIC) in Slovakia. With the support of the Slovak embassy in The Hague, Vladimír Balla and his Slovak publisher Koloman Kertész Bagala (1964) were invited to present the translation in the Netherlands, at the Slovak embassy in The Hague, in a literary café in Rotterdam and at the Slavic language institute of the University of Amsterdam.

The Dutch translation of V mene otca appeared in 1000 copies and around 200 were sold, mostly through internet, where it is still available. Twice it received attention in the media. Firstly by VPRO, a Dutch intellectual broadcasting organization, which reviewed V mene otca in a more broader spectrum of Slovak literature in general. Secondly the daily newspaper Trouw, considered to be one of the Netherlands’ most renowned newspapers, reviewed the book, dedicating a full page to it. It praised the quality of the translation, and overall it recommended V mene otca to its readers, though the analysis by the critic of the book was not very thorough, viewing the story only from one superficial level.

A translation in Dutch contains roughly 30% more words than the original Slovak work. Slovak, as all other Slavic languages, is a very compact language. Articles are not present and some prepositions are ‘hidden’ in cases. These then need to be present in Dutch (and Flemish, being a Dutch dialect which is spoken in Belgium), a Germanic language which shows similarities to English and German, though it does not use cases. The syntax in Dutch is much more stricter than it is in Slovak, so one is not able to ‘play’ so much with the language. But these are technical matters to be overcome by the translator.

The quality of the work and its content are of most importance. The translator needs to have affinity with the work and it should not be totally alien to the culture of the language the work is being translated in. A good literary work exceeds cultural borders and is recognized and awarded in any other culture. A good literary work is anything but folklore, which is only restricted to a region itself. Balla and many more Slovak authors have the quality to be universally recognized. And Slovakia in general is much more than a country with only folklore, as unfortunately it is mostly being presented still.

Between the end of this year and the first half of 2015, a second Slovak literary novel is going to be translated and published in Dutch, the novel Rozum by Rudolf Sloboda (1938-1995), which will also appear at Uitgeverij Douane. Rozum is a magnificent work which may hopefully find its way to many Dutch and Flemish readers in order to make Slovak literature in particular and Slovakia in general better known. This will certainly not be easy as these days throughout the Netherlands and Belgium bookstores are closing, book sales are dropping while ironically book offers are rising greatly. The competition is enormous though the market is small. But by regularly publishing translated Slovak literature, it may finally obtain the place it deserves on Dutch and Belgian bookshelves.

Kosice is perhaps the most beautiful city in Slovakia, but certainly one of the least known and visited. The city lies near the eastern border of the European Union and Schengen, not far from Ukraine. The Western culture can be spotted on the magnificent Gothic cathedral in the centre of the city. Kosice was also the European Capital of Culture in 2013.

Information in Dutch about Kosice Region and the country of Slovakia can be found in the travel guide by Abram Muller, that can be ordered at gottmer.nl

Abram Muller organizes guided tours throughout Slovakia for all age categories. He has lived in Slovakia for 20 years, and earned a guide certification. In 2012 he wrote the first travel guide in Dutch about Slovakia – Reisgids Slowakije, that can be ordered at: gottmer.nl

There were various works of Slovak literature translated to Dutch, since the publishing of the first Dutch translation of “Jozef Mak” from the  Slovak author Jozef Cíger-Hronský in 1945. The latest translations to Dutch were done by Abram Muller and include: In the name af the Father by Balla (2013), Rudolf Sloboda’s Rozum (2015), and The Grave and 13 other storiesby various authors (2016). They can be bought via these links:

The next translation is in preparation. It will be a bundle of two novels by Peter Pišťanek: Mladý Dônč en Neva.

A few times a year Abram Muller together with a group of Slovaks living in the Netherlands, organizes Slovak cultural events including performances, music, films and lectures. Including Slovak snacks and drinks. The shows take place in bars and cultural centers. The performances are supported by the Slovak Embassy in The Hague.

A few times a year Abram Muller, together with a group of Slovaks living in the Netherlands, organise Slovak cultural events including performances, music, films and lectures. Including Slovak snacks and drinks. The shows take place in bars and cultural centers. The performances are supported by the Slovak Embassy in The Hague.

Specialized in Slovakia in particular and in Central Europe in general, Abram Muller gives presentations on Danube and Volga river cruises. The river cruises are perfect way to introduce the country, especially for Dutch and Slovak media, or large cooperations organizing their events in Slovakia.

Slovakia is the least known and therefore yet the least discovered country in Central Europe. It’s rich European culture, which extends from Bratislava’s Danube river to the magnificent city of Kosice. The Carpathian mountains spectacular peaks of High Tatras underlie its peaceful understated beauty.

In November 2013 Abram Muller invited the Slovak author Vladimir Balla and his publisher Koloman Kertész Bágala to visit the Netherlands in the occasion of the Dutch translation of Balla’s novel In the name of the Father (V mene otca). Presentations took place at the University of Amsterdam, the Slovak Embassy in The Hague and in the literary café Tsjechov & Co in Rotterdam.

In the name of the Father in the Dutch translation, ISBN 97890772247629, can be ordered at uitgeverijdouane.nl